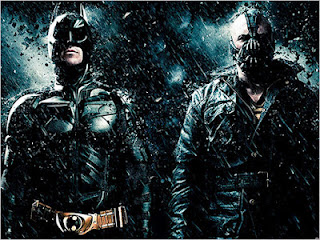 Last night I went to go see “The Dark Night Rises.” I loved it. The way Tom Hardy played Bane was perfect. The cadence of his voice didn’t fit his persona but that fit his character perfectly. Especially towards the end of the film when you discover exactly what kind of man he is, the difference in voice and body means that much more to the audience and their feeling for him. At least it did to me. 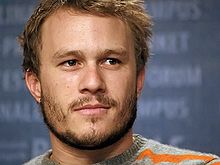 But after watching it, all I could think about was how no one could hold a candle to Heath Ledger’s “Joker.” And that got me thinking about Heath Ledger. I grew up with him. I remember seeing him in “Ten Things I Hate About You” and instantly falling in love (which is exactly what young girls do with the newest heartthrob). Later I saw him in “The Four Feathers.” The truth is that after seeing “The Dark Knight Rises” I am feeling a huge sense of grief. 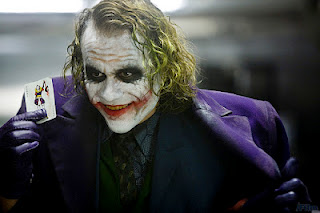 I grew up with Heath Ledger, and honestly I feel as if his portrayal of the Joker was the tip of the iceberg that was his talent. I saw his evolution. Ten Things I Hate About You, The Four Feathers, A Knight’s Tale, Casanova, Brokeback Mountain, The Dark Knight, and ultimately The Imaginarium of Doctor Parnassus. Just to name a few. I feel privileged to have been able to watch his evolution from heart throb to actor. A real actor. I feel that there are actors, and there are actors. Heart throb actors with pretty face and a dazzling smile appear in flick after flick. They stay pretty for a while, and disappear. Unlike Leo DiCaprio. He made women swoon in Titanic. And he had me on the edge of my seat during Inception and Shutter Island. He evolved. And Heath Ledger? He instilled in my mind what terror looked like. Sounded like. I am grieving for the loss of a brilliant young actor who, though I never knew him personally, I felt connected to.
I met him when I was nine years old and I miss him. I didn’t think much about it at the time of his death I guess. But I do right now. His shoes were large ones to fill, and Tom Hardy did a damn good job. But I feel as if the world loved and let Heath Ledger go too easily. Young talent has been used, wasted, and lost. And the world grieves for a week and moves on. But why must it be lost at all? Why does our society let this happen?! Heath Ledger. Brittney Murphy. River Phoenix. Tupak Shakur (Who rapped about what truly mattered, not what was simply convenient or popular). And that’s simply naming those that come immediately to mind. And those are just the ones who were famous. How much young talent, potential, and hope is killed every day? The Bible says that it is the indifference of good men that allows evil to continue, to thrive. Not a direct quote, just an interpretation.
My grief comes from the loss of someone I loved, but also from the loss of so many sons and daughters that parents must grieve for before the right and good time, no matter whether they are actors, singers, soldiers or nine-to-fivers. I grieve for the world we live in that allows it. People can say “No! That’s not true!” But it is. Loopholes in the system. Justice being confined by an infinite amount of red tape. Our society allows it. If it didn’t, it wouldn’t be happening. Children wouldn’t be dying. Talent wouldn’t be snuffed out and buried long before its time.