The Back That Finally Broke: A Short Story

Jeremiah woke to another day, filled as usual, with self revulsion. He’d watched the sad play of life unfold around him with no means to prevent its inevitable outcome and his frustration tested him sorely. How could he stand by and let such injustice pass unfettered? How could he let those he cared for, those who trusted him and looked to him for all that their lives were worth, how could he let them be trodden upon in such a brutal and disparate way? He felt deep in his bones that this was a moment in time that would prove him either man or worse than the field mice that plagued his workers.
His father had to be stopped; not only for the plantation, and those who worked it, but for himself. How could Jeremiah call himself a man if he allowed his father to ruin his future?  Jeremiah climbed out of bed. Enough, he told himself. It was more than time to take matters into his own hands. His servant, Obadiah, came in to help him dress, but Jeremiah noticed immediately that the elder man limped. “Obadiah, what is wrong with your leg? Why are you limping?”
“It’s nothing sir. Just an old injury.” Obadiah limped to the wardrobe.
“Obadiah, I’ve known you all my life. You have never limped to an old injury before. What happened?” Why had he no trouble to take a stern voice to his man servant, but couldn’t to his father?
“No bother, sir. I be fine.”
“Obadiah. The truth, now, please.” Jeremiah moved in front of the wardrobe, crossed his arms and stood above his favored servant, who had taken care of him all his life.
Obadiah, forced to stop his work, hung his head. “The master, sir. He didn’t take kindly to my going home last night, even though I tried to tell him you gave me permission. He, well sir, he didn’t take kindly to it. So I didn’t go.”
Jeremiah gave Obadiah two nights a week to go sleep at his cabin with his wife. It made the man so happy to see his grandchildren, to have some time alone with his wife of thirty years. Jeremiah felt it the very least he could do for the one who did so much for him. “Do you mean to tell me he, that my father, Obadiah, did he beat you?”
Obadiah stood rooted to the floor, his eyes lowered, still as statue. Jeremiah felt his face flush with embarrassment, with shame and horror. Obadiah was the truest man he knew, had worked for their family as a slave and now as a loyal, and paid, servant. He had never given Jeremiah reason to ever berate him or treat him harshly. For his father to have actually beaten the man to the point of limping, a man who had to be at least sixty, riled him to the point of no return. Enough was enough. This went beyond the pale.
“Obadiah, please forgive me. I’m sorry to have waited so long that you paid the price for my cowardly fear.”
“Oh no sir. This isn’t your fault. You aren't a coward.”
“Not anymore anyway. Obadiah, this is the straw that has broken my cowardly back. I promise this will never happen to you again. Please, help me dress right away.” It was time to put an end to his weakness.  Obadiah helped him dress. Jeremiah chose work clothes, those that he wore when he rode the plantation checking in on the workers, the women and children, the fields and orchards. His father’s holdings were vast, but the lower east fields hadn’t been worked and lay fallow, the apples were rotting on the trees in the apple orchards for lack of workers to pick them. Jeremiah thanked Obadiah and strode from his bedroom to face his father’s wrath. He ignored breakfast, had no stomach for it. His anger at himself and his procrastination drove him like a bullet to his father’s study.

Upon seeing his father, Jason Whitmore, an imposing man even while seated at his desk, Jeremiah paused at the threshold for but an instant. He cursed his spinelessness and strode into the room without asking the customary permission. “Good morning Father. I trust you slept well?” At least his voice didn’t shake the way his clenched fists would if he released them.
Jason Whitmore looked up from the paper he wrote upon. Jeremiah felt the sharp gaze clear through to his beating heart. Stand strong, he told himself. Think of Obadiah. “I slept well enough, thank you,” came his father’s polite yet frigid reply. “What do you want?”
“We need to discuss the plantation.”
“And why would that be?” His father sat back in his chair with a familiar look of condescending contempt upon his lined face.
Go right to the point, Jeremiah, he said to himself. Don’t be a coward. “Because, Father, we are losing money.”
“And however would you know that? It’s not like you’ve taken enough of an interest in the holding to actually know of which you speak.”
“You know that is an outright lie. I have begged since I was sixteen for you to let me participate; to let me study the accounts, the basic running of the holding. I am twenty-two and still you deny me the right to comprehend my own inheritance.”
“And you have let me deny you. You haven’t once tried to force my hand. In my opinion that makes you less than worthy to, shall we say, take up the reins.”
Yes, Jeremiah thought. Now is the time. Today is the day. He clasped his hands behind his back and slowly, with carefully placed steps, began to pace in front of his father’s desk. “Contrary to your stubborn and determined attitude toward my aptitude, I took it upon myself, Father, to take lessons of my own. I have studied the books of the holding for, oh, I guess about five years now and know exactly how much we have lost. I know exactly how this plantation is run. I know every man, woman and child that works or lives upon it. I know the state of every building, every tool, every implement used either in the house or upon the land.” He paused, but only for effect.
“I guarantee that if you continue to run this holding, this plantation, in the manner to which you have become accustomed, we will be paupers in two years. Three fields lie fallow. Two orchards bear rotting fruit. We have a shortage of working bodies, thirty to be exact, because we cannot afford them anymore. We have sick children who will never grow into good work hands because they are not being treated, and now live in conditions worse than our pigs do.” He stopped directly in front of his father, dared to put his hands upon his father’s desk and leaned in. “That is how well I know the lay of this land, sir.” He righted himself, placed his hands again behind his back and stared at his father. Now that the words had been said he felt a great weight lifted from his shoulders. He had finally fought his demon of cowardice and won. Now, he had only to deal with the aftermath of his brazen words.
His father sat stunned and quite still, staring at Jeremiah like he was the devil incarnate. Then Jeremiah saw his hands clench around the arms of his leather covered seat, the knuckles whiten, and his father’s face turn red. He braced himself for the impact of his father’s wrath. Instead, his father opened his mouth as if in surprise, clutched at his chest and pitched face first onto his desk. He twitched a few times then lay perfectly still.
His father was dead.  Jeremiah was free. What a great day, this had turned out to be. 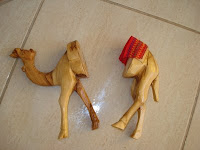