Vague: a Horror Word for Writers 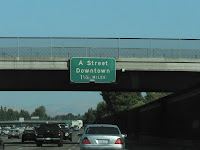 Vague. Definition: Of uncertain, indefinite, or unclear character or meaning: "patients with vague symptoms". Thinking or communicating in an unfocused or imprecise way: "he had been vague about his activities.”
I won’t be vague; this is a writer’s horror word! This word and its synonyms: indistinct or indefinite, are words I NEVER want applied to me as a writer much less my work, especially in dialog.

Would you write a conversation like this?
“Do much yesterday?”
“Nothin’ much. How ‘bout you?”
“Same.”
“How’s the family?”
“Guess they’re all just fine.”

The only time I ever saw this work—and it only worked because it was making fun of being vague or indistinct—was on the Andy Griffith Show. It was clever there because of the timing and set up. Normally, however, we as writers avoid this kind of dialog like rotten road pizza. Have you ever caught yourself being lazy and writing something maybe not this bad, but at least something so vague or boring that when you look at it again you have to ask yourself where your brain was that day? 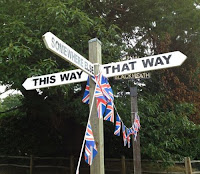 There are times as writers we are purposely vague about details and plot twists in our stories because we want to pique reader’s interest, involve them, so we leave things out or write in a way that leaves different interpretations available to the reader. But we are never vague about how we write those scenes and certainly not in dialog.
Does this dialog draw you in?