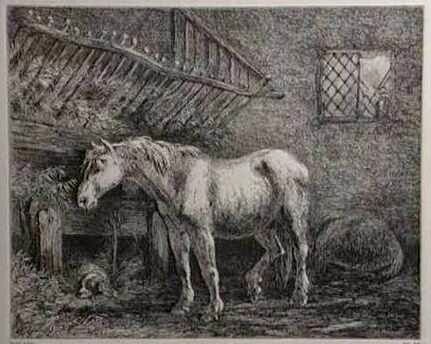 I fed the ole dobbin another handful of fresh oats and blinked back tears. He’d done right by us, he had. I cried thinking about his fate after such long, hard, and diligent work years he’d put in for us, but I knew Pa was right. The dobbin was too old to work anymore and we couldn’t afford to keep an animal that did nothin’ but consume more than it produced. It was one law of farm life that I’d never had a problem with, until now. Crushed, I’d soaked my pillow every night leading up to the day, which would come soon, that we’d put him down. Cause Pa said there was no sense in wastin’ good money on a vet when he could do the job hisself just as well. I didn’t want him to do it. I didn’t want the old dobbin, Gabriel to die, not by gunshot anyway. I wanted him to be out in a field somewhere under the sky, peaceful-like and unaware, and just fall over with old age. Without pain. The least he deserved, I thought, rubbin’ his soft whiskery nose. He was so very good with folks of all kinds, wasn’t so far gone yet that he couldn’t still have some good moments to live.
That night the dream came and the next mornin’ I woke in a state of panic, but it was a good panic. I’d dreamed a way out for ole Gabe and darned if I wasn’t going to make that dream come true. But I had to hurry. Any day now Pa would take up the rifle and blow Gabe to kingdom come. It was still early, before sunrise and I knew I had about a half hour before Pa woke up and got movin’. I snuck into the office, turned on the computer that Pa hated but had to have now, and searched for what I was lookin’ for, what I was sure could be found if one looked hard enough. Trouble is, time passes real fast when you’re on a computer and I’d only just found somethin’ promisin’ when I saw the light go in on the kitchen. Ma was up and readyin’ breakfast. Pa wouldn’t be long behind her. I figured she’d be okay with what I was doin’, but wasn’t sure about Pa unless I had somethin’ real and solid to offer him as an alternative. Somethin’ that wouldn’t cost him a cent. 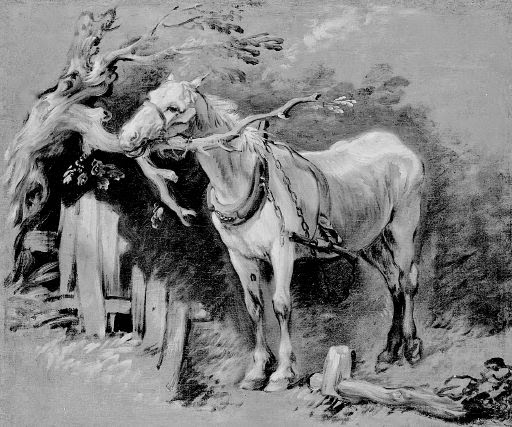 Later that day after school and on my way home, I stopped at the café in town and paid to use one of their computers. It took awhile, but soon I found a site I thought might do the trick and got their phone number. I called from the restaurant since it was a toll-free number. They assured me that Gabe sounded just like what they were lookin’ for and yes, bein’ as our farm was only fifty miles away from them, they’d pick ‘im up for only a small fee. That small fee tested my determination, ‘cause not only did I know $400 dollars was not a small fee, I knew Pa wouldn’t pay it. But I had some savin’s . I surely did, and I could use them and keep it from Ma, cause she wouldn’t want me usin’ them for somethin’ like this, somethin’ she’d probly think was fine to do if you didn’t have to pay for it, but wouldn’t abide me usin’ my life savin’s for. That was for college, she’d say, and couldn’t be touched. I didn’t care. I could touch it and get two jobs over the summer to help pay it back. The more I thought of it and the joy ole Gabe would know at the end of his life, the bigger I grinned. My sight misted as I thanked the man on the phone and hurried over to the bank to get the cash. The man had assured me they’d be there first thing in the mornin’ to pick up Gabriel.
When I got home I jumped out the truck eager to tell Ma and Pa what I’d arranged, and heard the shotgun go off.  “NO!” I screamed and ran to the barn. No one was inside. I ran to the back, tears threatenin’ to stream and saw Pa standing there, shotgun loose in his hands. But the old dobbin still standin’ on his own four feet, not weavin’, not looking to fall, but prancin’ in fear, his eyes wide and ears flat. He was tied to a post and pullin’ to get away from Pa and the gun. “Stop Pa! Don’t shoot him!” I screamed and ran toward the horse as Pa raised the gun to his shoulder again.
How had he missed at this ridiculous close range? Pa lowered the gun and glared at me. I could swear I saw his cheek glisten as he yelled, “Get away from ‘im, Patrick. You know what’s gotta be done.”
“No it doesn’t. Pa I found a way to get Gabe taken care of. Found a home for ‘im.”
“What in thunder’s name are you talkin’ about?”
“A home. I found the old dobbin a home. They’re comin’ to get ‘im tomorrow mornin’, bright an early.”
Pa stared at me a minute more and I calmed Gabe down, cooin’ to ‘im, snugglin’ his warm wet nose.  “Who’s comin’ for ‘im, Pat?”
“A children’s riding service. They travel all over the state providin’ rides for kids at birthday parties an such. You know how good Gabe is with folks. He’ll love havin’ all that attention.”
“But they’ll still just put ‘im down after he’s of no more use.”
“The man on the phone said they don’t do that. They’re in cahoots with an outfit that saves old workhorses and lets ‘im live out their old age days in a big field somewhere’s till they drop dead on their own.” Which is what I’d wished for Gabe, but I didn’t tell Pa that.
Pa wiped the back of his arm across his face and put the shotgun down. “How much is it gonna cost me?”
“Nothin’. “ I wouldn’t tell him the truth even though it looked like he might actually be regrettin’ havin’ to shoot the ole boy. I’d made my decision and wouldn’t give Pa any reason to go back on getting’ Gabe what he deserved.
Next day, a Saturday, Pa and I stood in the drive watchin’ as the truck and horsetrailer drove away with Gabe. I held a brochure in my hand with all the company’s pertinent details.  I could call anytime to check and see how the old dobbin was doin’. I’d paid the man while Pa was in the barn getting’ Gabe so he still thought what I wanted him to.
I didn’t know ‘til I graduated from college five years later, that my Pa and Ma had found me out. Didn’t know until they were cryin’ and poundin’ me on the back tellin’ me how proud they were of me, and what I’d done.
Four years after we watched him leave for his new life, Gabe, that old dobbin, died in a field one day with blue sky above him. He just fell right over and never got up. But I know he's out there somewhere, runnin' free and happy. 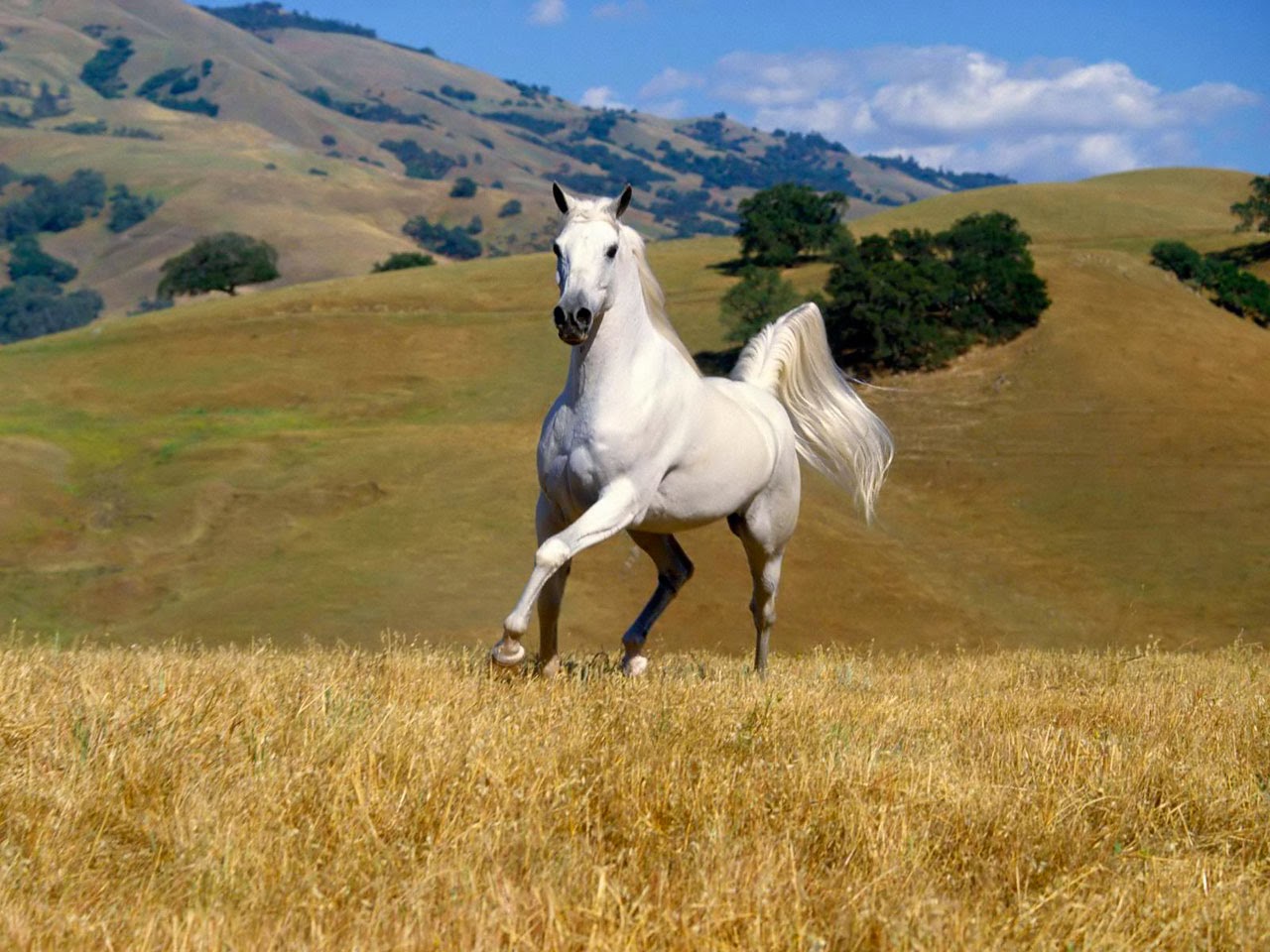