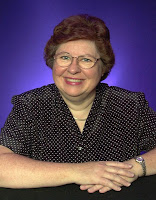 Meet my friend, Diane Burton. She has a new release and I'm helping her share her news. Hope you enjoy!

Tell us about yourself.

Growing up in a rural area meant that kids my age were few and far between. When I wasn’t reading, I made up my own friends. I also made up my own stories. Life went on. I married, had two kids, did a lot of volunteering in church, school, and scouts. When those kids went off to college, I decided it was MY time. That’s when I sat down and wrote my first novel-length story. And got my first (of many) rejections. I’m now a hybrid author. I have two novels published by small presses and eight that I self-pubbed. My favorite genre is science fiction romance, followed closely by cozy mysteries and romantic suspense. I love the flexibility of being an independent writer because it allows me to choose what I want to write and when to release them.

How long does it take you to write a book?

It depends. I thought my current book would take much less time than it did. But that was a rewrite of a book started fifteen years ago. (It’s much easier to start from scratch.) My goal this year was to release three books.

What is your work schedule like when you're writing?

As soon as I get up, I grab a cup of coffee and open my computer. I wish I could say I don’t read email or play games first. LOL As soon as possible, I get into my work-in-progress. I reread part of what I wrote the day before then keep going. I’ll break for lunch then either write more or read/respond to email, check out blogs, write an upcoming blog post. I’m a monthly contributor to Pandora’s Box Gazette and Paranormal Romantics and a bi-monthly contributor to The Roses of Prose blog.

What do you like to do when you're not writing?

I used to enjoy gardening. As much as I love my flowers, Hubs takes care of them now. Since knee replacement surgeries, I can’t kneel and bending over kills my back. I love to quilt but don’t make time. I read a lot. My favorite activity is playing (babysitting) my five grandchildren. Sometimes it’s the two older ones (11 & 8½); other times it’s the 8-month-old twins and their 3-yr-old sister; or all 5 together—that’s the best since the older 2 love to entertain the others. I love setting everything aside to concentrate on them. They are so much fun (work, too) and much more fun than raising their parents. LOL

What do you think makes a good story?

A great story captures my attention from Chapter 1 and keeps me turning the pages. I want adventure, action, humor, romance, and emotion with a satisfying ending. Since that’s what I like to read, it’s what I like to write.
Where do you start when writing? Research, plotting, outline, or...?

An idea will pop in my head, usually as I’m drifting off to sleep. I’ll jot it down and when ready (i.e., finish my current wip and ready for something new) I’ll just start typing. I don’t write long-hand because my brain works faster than my fingers, and I can’t read what I’ve written. I keep writing until I get to about Chapter 8. I’ll have a vague idea where the story is going and what might happen along the way. This is when I need to be more specific. I don’t actually plot, but I’ll make detailed notes. I research on the fly. That is, when I need to know something I look it up. I learned the hard way to save the link to my research.

If I were a first-time reader of your books, which one would you recommend I start with?

If you like science fiction romance, start with Switched. My first published book. If you prefer contemporary light-hearted mysteries, try The Case of the Bygone Brother (first in my Alex O’Hara PI mysteries). If you like romantic suspense, try my new release Numbers Never Lie.

What do you hope readers take with them after reading your work?

I hope they are satisfied and happy that they’ve taken the time to read my book.

Tell us about your latest release.

Numbers Never Lie, a romantic suspense, takes place around West Michigan, from Muskegon (on the Lake Michigan coast) to Grand Rapids (Michigan’s 2nd largest city). Maggie, her brother Jack, and Drew were inseparable as kids, despite the boys always trying to lose Maggie. Later, when Jack dies in a car crash, she suspects foul play. She enlists a reluctant Drew to help—not just with her investigation but as chaperone for camping trips with a group of fourteen-year-olds, including his daughter. Drew despises being sweaty and dirty, definitely not an outdoor guy. When his best friend, Jack dies, it’s like Drew’s wife’s fatal accident all over. Though he vows to protect Maggie, her independent spirit fights against his attempts to help her, even though he has doubts about investigating Jack’s death. Being in close proximity, Maggie’s teenage crush for Drew revives. Drew finally allows himself to put aside his grief from his wife’s passing and acts on his attraction. Now they must figure out what really happened to Jack.

A shocking secret brings danger to Jack Sinclair and his sister Maggie. Jack's an accountant, Maggie, a teacher and camping troop leader, and their best friend is Drew, is a lawyer.


Drew Campbell was too busy to attend a camping meeting important to his teen daughter, too busy to stay in touch with Jack, too busy to return his best friend’s phone call. Prodded by guilt, he’ll help Maggie even if he thinks she’s wrong, because logic and reason indicate Jack’s accident was just that--an accident caused by fatigue and fog.
A break-in at Jack’s condo convinces Maggie she’s right. Then her home is searched. What did Jack do that has also put her in danger?

Diane Burton combines her love of mystery, adventure, science fiction and romance into writing romantic fiction. Besides the science fiction romance Switched and Outer Rim series, she is the author of One Red Shoe, a romantic suspense, and the Alex O’Hara PI mystery series. She is also a contributor to two anthologies: Portals, Volume 2 and How I Met My Husband. Diane and her husband live in West Michigan. They have two children and five grandchildren.


For more info and excerpts from her books, visit Diane’s website: http://www.dianeburton.com

Connect with Diane Burton online at:

ENTER THE RAFFLECOPTER TO WIN A $10 AMAZON GIFT CARD.