Barbie Takes on a Terrorist 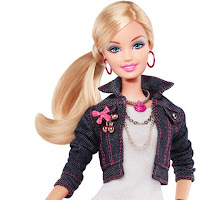 “But I like him,” Barbie almost whined while her mother tapped her foot impatiently.
“No daughter of mine is going to look at, much less date, a G.I. You will forget this nonsense and come home now.” Aurora, Barbie’s mother, looked at the watch on her thin, tanned, bespangled arm. “We can just make the Charity Ball if we leave right now. That will give us time to dress—”
“No!” Barbie cut her off. “I am not going to the ball with you. I’m going to the party with Joe. Ken and Allison invited me and I’m going whether you like it or not!” Barbie tried to slow her breath but she’d never dared go against her mother’s wishes, much less yelled at her before, and her pulse tapped time with her mother’s irritating foot. She started to get mad. She’d never been mad at her mother before either.
Aurora had shown up at Barbie’s apartment fifteen minutes ago much to Barbie’s dismay. She started dating Joe three months ago but she’d never told her parents. She thought her dad wouldn’t mind, at least he was patriotic, but she knew her mother would. So she’d said nothing until today. “I’m no longer your little girl playing ‘ring around the rosy’ with pockets full of posy, Mother. In one month I will graduate with a degree I earned on my own merit. I even have a job lined up. I will be independent from that day forward, so leave me alone. I’m old enough to take care of myself.”
“Oh, is that right.” The sarcasm dripping from her mother’s sharp tongue proved it wasn’t a question. “Well, if you’re so eager to “take care of yourself” then by all means do so. But you’ll do things my way when you come crawling back after you fail. A job? Ha. What do you know about work.” Again, it wasn’t a question.
“A month from graduation and you’re pulling this? Really? My school is paid for and I have a job lined up. I’ve found a new apartment I can afford on my new salary. Where is your degree, Mother? Where are your accomplishments? At least I can say I worked for and earned my degree and position. I didn’t marry to keep myself in ‘the style to which I’ve become accustomed’.” Barbie even raised her nose in imitation of her mother.
“But you will when you get over all this nonsense. What about the spa membership? Without it, how are you going to keep that body in shape? What about lunches out, what about vacations, movies and travel? You think that all grows on trees Barbie? You’ll be back in no time. I’ll be counting the days.” With that Aurora sauntered over to the door where her chauffeur waited, hat in hand. He opened the door for her and she sauntered out. The chauffeur, Antoine, smiled at Barbie, winked and nodded before he followed his mistress out the door, closing it softly behind him. 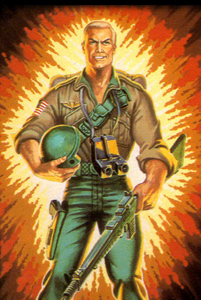 Not two minutes later Barbie heard a knock. Thinking it to be her mother, again she steeled herself to hold her ground. She yanked her front door open so fast she almost fell over. “Hey Barb, was that your mother?” Joe stood there with his military fatigues covering his tall perfect frame, shoes almost glistening, not a hair out of place and a grin on his to-die-for handsome face.
“Oh thank goodness it’s you,” she sighed and grabbed his hand to pull him into the apartment. “Yes. That was my mother, Aurora the goddess. Witch is more like it.”
Joe laughed. “She actually stumbled when she saw me in the elevator. She couldn’t take her eyes off me.” He grinned. “I think she liked my looks.”
“She’s a witch! She wanted me to go to the Charity Ball with her instead of the party with you. She wants me to ditch you, never see you again.” Barbie could have pouted like she used to, but she was so angry she didn’t even think of it. “I can’t wait to graduate. Then she won’t be able to boss me around anymore.”
“She didn’t look very happy to me. Maybe you’ve already put a stop to that. You know,” Joe said as he pulled her closer and held her against him, “I am a soldier. I could take her out if you wanted, even do it by the book, you know the ‘Terrorist Hand Guide’?” His voice teased the air by her ear. “We have secret ways of getting rid of troublemakers. Just say you want it so and it’s done.”
Shocked, Barbie looked at him, aghast that he would say such a thing. Then her mouth gaped and she realized he was joking, and flirting with her at the same time. She giggled, and then laughed out right. When he kissed her she wrapped her arms around his neck. “Thanks for the offer,” she said, “but as you’ve already noticed, I think I’ve taken care of the situation. Don’t think I’ll need to say anything more, do you?” she said against his lips.
“Not a word, baby. Not a word.”