To get this A to Z blogging experience off to an appropiate  start, I’d like to begin by thanking Arlee Bird at Tossing It Out http://tossingitout.blogspot.com/ for being the genius behind and founder of the A to Z blogging challenge. This is my second year doing it. I’ve loved watching the list grow as more bloggers catch on and participate. I’m doing a theme this year (last year I didn’t), and it’s writing. Anything about writing, and that can mean many zany things! So, I hope you will follow this through the month of April and enjoy my crazy ramblings. Thanks again Arlee Bird for giving us this opportunity.
Here we go!
Alban is the first name of a character in my current work in progress.  He’s a cop in London. He’s on a case that has taken some strange turns before it’s even begun.  He has issues. He’s a loner but loves his work and is fairly easy to get along with, unless you don’ t like it that he’s obsessed with an assassin he believes exists , but no one else does.
Building his character has been a long journey, especially because I thought he wasn’t going to be much of anything but a means to an end. He has become, over the course of this work, an interesting and deeper, even nicer, person, one that I’d like to meet someday.
I made the mistake in the beginning of thinking “I need a cop. I’ll write one in.” Have you ever had that happen? A character refuses to lie down and leave you alone? Luckily I’ve a REAL cop, in London, helping me discover Detective Sergeant Alban Thain and his quirks and daily life. With “my” copper’s help, Alban had developed into a deeper, more meaningful character and will now carry the story as much as the other two characters involved.
Okay, so pay attention to the “little” guys. They might be bigger than you think and you really don’t want to miss it if they are.
John Hannah is my inspiration for DS Alban Thain’s looks and demeanor. Yes! 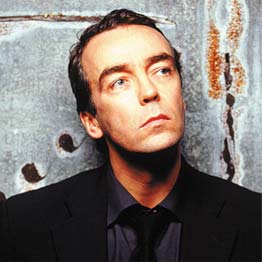