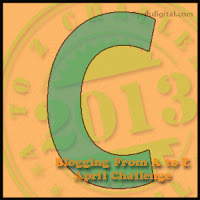 Today the letter is C, which happens to correspond with the name of one of my protagonists. I love serendipity. Okay, you’ve met my favorite policeman, now this post is about the woman of whom you read yesterday getting a knife stuck in her ribs. Celia Wight is a writer with a past she hides. She writes because she can, and it allows her a carefully privatized lifestyle. She’s a loner by choice because of a past event. But would she have made the same choice without that event? Everyone has a journey, a lesson to learn in their lives. No protagonist in any book would be worth their words if they didn’t have something to learn, some chance to grow and change over the course of the story. That journey is what helps build “character.”
If something dreadful had happened to Celia Wight in her past and she became a loner because of it, doesn’t that keep her a perpetual victim of that event? Most likely she isn’t even aware of that fact. The same can be said of those seeking vengeance, justice, whatever the case. They are stuck in that damaging circle and will be a perpetual victim until they either learn to deal with it head on, or die.  Celia’s choices during the course of the novel will necessarily affect who she might become at the end. 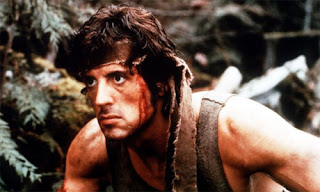 Rambo is a perfect example. He can’t get out of his “loop of war” because he doesn’t realize he’s stuck there. He seems a hero because he fights on the side of “good” but really, all he wanted in the first movie was a place to “be” and live a quite life, or so he is portrayed. But he also doesn’t back down when trouble comes his way. He enters the fray and continues the cycle for four more movies. What did he learn? Where is his learning curve? How— if he does—does he differ from the man in the first movie?
The journey is an integral part of your protagonist’s character. Find the beginning of that journey, the “event” that set the circle in motion, and witness how your protagonist finds their way. Pay attention to that element in the next book you read. It might help you, as a writer, on your own learning curve…
Image of Rambo from: