When The Student is Ready, The Teacher Will Appear 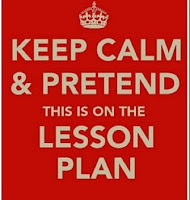 An example of what we do in my writing group: pick words or phrases and make a story up. (I was behind so used more than one.) My words here are: Jack, fat free, abacus, and "place where people go for enlightenment."

Jack lay back on his freshly made bed and sighed. This was another beginning of another day that, in spite of his efforts, would be just like all the others that had come before. More days than an abacus had beads, and he now knew that the only thing he could be sure of was their unalterable consistency.  He groaned, rolled over and stood, all the while wondering why he should even go about the day as he always did. And yet there remained that barest temptation of hope.
In the beginning he’d been full of hope, and assurance. He knew he would be the one to crack the code, the one who would open the door for humankind to that sacred of all sacreds. That end to war and suffering, judgment and cruelty: the end of belief and the beginning of surety. At the start of this, he’d spent so much time in the lab, in his office researching and interviewing, traveling on planes, trains and buses that he’d gained not so much wisdom, but weight. Even though a tall man, his doctors had forced him to diet. He’d eaten almost completely fat free until he’d lost one hundred and fifty pounds over two years. Who needed miracles when you had his self confidence, his dedication to whatever course he chose to follow?
And yet here he was shutting the door of his simple apartment behind him on his way back to his unsatisfying work. Whenever he traveled now he took care to monitor his intake of food, he took care to exercise with whatever means he was presented with and had stayed a healthy 190. Yes, he still traveled. Yes, he had witnessed marvelous things, talked with the spiritual and intellectual greats of the present, visited the holiest and most inspiring sites the world over. He’d taken years to read the greats of the past, present, and tried to anticipate those that the future would bring. He kept to his path, to his goal. But his spirit no longer warmed with expectation. His mind no longer hummed with curiosity, his body now felt heavy with gravity and the solitude of the unfulfilled.
He waved his usual hello to the other holistic scientists he shared a lab with at the Divinity of Life University where he worked, taught and studied. Thirty years on and what did he have to show for it? His colleagues, students and even those masters with whom he had sought the great wisdoms all praised him for his diligence, his foresight, his unusual depth of spirit and understanding, his fascinating lectures and prowess in introducing free-thinking for those willing to listen and learn. Yet he felt himself a farce. He had made promises, sworn to search until he found what everyone hoped one day to find. Thirty years on he still had not found that enviable and much anticipated place of enlightenment. Thirty years and he felt no closer to halting the destruction of the planet and its people than he had when he began.
And yet…
Jack sat in his chair at his desk, glanced at his work, but then swiveled instead until he faced the large picture window usually at his back.  He stared at the blue sky washed with white and grey clouds, stared at the deep green of the trees standing in the hot sun, stared at the cool dark shadows they cast on the earth and pavements and wondered, was that really the truth? His truth? Had nothing he’d learned in all this time given him a means to find what he searched for? Could it be he was still a student looking for the right teacher?

A woman, slight with long nutmeg hair streaming down her back, walked toward his building. He knew her. She was also a researcher but not in his field. She, Tamera Heleksenis, searched instead for cures to medical diseases and apparently was having some satisfying, actually amazing, results.  She was American Indian, from the Seminole tribe in Florida, on the other side of the country. Her name, Heleksenis, meant life or spirit in her language and Jack thought it fitting for one who tried to save lives. Jack had talked with her a few times at faculty meetings or social events over the last five years since she’d joined the faculty, hence his knowledge about her. Without conscience thought, he let his eyes follow her progress as she neared the entrance. She stopped. Her gaze flowed up the building windows until it came to rest upon his. When their eyes met he felt a physical, deep and powerful, wonder/lust/admiration all melded into one emotion of lonely desire. He stood and pushed closer to the window. He reached up, his hands touching the glass as if he could touch her through it. She remained still, staring up at him while rooted to the spot she stood upon. She let her books fall, her purse. She raised her hands and held them fingers wide, like his, mirroring his motion. When she smiled he laughed. He laughed out loud as unaccustomed tears slid down his face. He put his hands together as if in prayer and her hands mimicked his. He turned from the window and ran.
Jack ignored the elevator and took the stairs down to the lobby.  Tamera stood beside the reception counter, now cluttered with her things collected from the ground. Her arms were empty but not her face or her body. Her face smiled with all the light of the sun upon it, flushed and radiant. Her body fairly vibrated with answering emotion. How had he never seen her beauty? How had he never noticed these emotions being called forth by her presence?
“Tamera,” he could barely breathe.
“Yes… Jack.”
“Yes.”
Recognition. It was the only word that came to him to guide his heart to where he knew it had to live from now on.  “I never knew,” he said. “Not before today.”
“I know. I’ve been waiting for you.”
“You knew?”
“Every day for five years I have walked to this building. Every day I stop and look up to your window. Today is the first day you have looked back.” She held out one hand. He took it, felt its warmth seep into his arm and all the way up to his heart.
“I am so sorry.”
“Should you be sorry?” she asked.
“Five years is a long time.”
“Yes, but not compared to the time we will now share together.”
“I have felt so empty.”
“Until this moment your heart has been closed. You have looked outside of yourself for your answers.”
“Do you think I can now find what I’ve searched for?”
“You, the teacher are asking me?”
“I have been a student longer than I've been a teacher.” 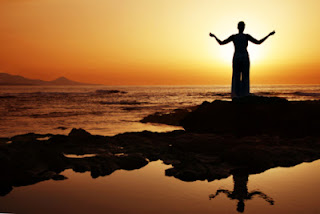 “I know only that before you searched this world with your mind, your eyes and ears. Now you may search with your heart.”
“My heart.”
“Yes.”
Jack stepped closer, took her other hand as well and kissed her.  He wallowed in her smile when they let the kiss go. He said, “For the first time in my life I think I will not mind being a partner. Being one of two, instead of one alone.”
“If our union can help you understand that everyone has a need to be with others, and therefore help you in your quest that is good. I promise, however, I will help you to remember that we are more than that.”
Jack couldn’t look away from her happiness. He returned it, grinned like a fool and felt reborn. This then, was the answer he had searched for. He needed only to learn how to apply it.
“Like now,” she said as she kissed him again, gently clearing his mind, bringing his heart back to hers.
“Please do,” he said as gravity lifted from his shoulders and the weight of time left his soul. The enlightenment of love took its rightful place.  “Tamera, I have a feeling you are going to be an excellent teacher.” 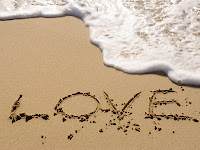