Before I go to my word of the day, I first want to acknowledge and send healing light and love to a special place, Boston, and everyone around our country/world who has had their lives changed by the Boston Marathon bombs.  My prayers and thoughts are sent out to you each and every day. 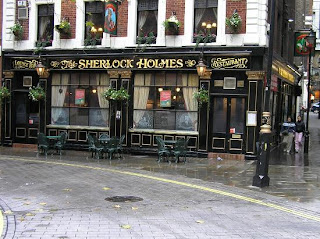 Place is a word that can have many meanings, especially if you’re a writer. Today I’m writing about how “Place” can actually be a “character” in a novel/story. The “place” can be so vital to getting across the “feeling” of a story that literally, the story will not go on without it. Place can also show an emotional change in the story: the grayness of a city building wall or the stench of a blind alley might evoke depression or fear. My work in progress is set in London (for the most part) and I try to imbue each scene with some trigger that will keep readers in the “London” frame of mind. This isn’t easy as everyone has their own versions of London either from visits, films, or books. But there are basic triggers you can use, like the names of pubs, using the word “pub,” itself, or cream teas. Mentioning the Thames River or hearing “Big Ben” booming in the distance or writing about a double decker bus full of tourists almost careening into the protagonist can all add atmosphere to your story. Setting a scene near the Ferris Wheel, or the Tower Bridge, or Buckingham Palace, all of these are “triggers” that can be used to enhance a scene and remind a reader of where they are. Also, the lack of well known triggers can also work if used correctly. 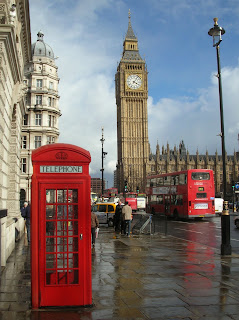 Example: London was no longer a city Celia recognized. She had been here several times and knew how to find the stores for her book signings, to visit the Tate or British museums, to play tourist and see the Tower or Buckingham Palace. But she had no idea where he took her now. They spent the afternoon turning a hundred times on a hundred different streets and he didn’t use the subway or a bus once. This was a London she had never seen.
©2011

What triggers do you use to set a place in your readers minds? How do you use “Place” as a character, to evoke emotion or a sense of a scene?

Images from:
commons.wikimedia.org
whyweprotest.net
Posted by Lisa at 12:30 AM