The top performer in the 1990s in France, Patricia Kaas sold over 5 million albums by her mid-twenties. (As of now, she’s sold over 17 million worldwide) It’s been thirteen years since she has put out a new album. But this year, that’s what she did, and from all accounts, the album speaks to her growth not only as an artist and singer, but as a person as well. As an advocate for tolerance, she bares her soul in songs about a mother talking to her daughter about the injustices of living in a “man’s” world, having to work harder and be better, to gain more, the music reminiscent of John Legend or Amy Winehouse. There are songs about a battered wife, incest, a young gay person being thrown from their home by their parents. This is her “testimony” album, her “witness” album, giving voice to what she feels passionately about. She’s also added new “pop” type songs and ones that younger audiences might tune in to.
Gerard Depardieu and his wife invested in her when she hit her teens/twenties, and he, along with many others, helped put her on the world map. She was twenty when her beloved mother died from cancer, and she dropped out of public life for a while, devastated and in need of a “pause” in the professional life she’d lived since age eleven. She comes from a large family and learned piano and to sing at a young age. 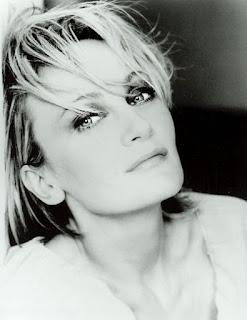 In 1992 Patricia Kaas received 3rd place in the category of 'Best International Female Singer' at the ECHO awards in Cologne, nominated alongside Cher (who received first place), Tina Turner, Madonna and Whitney Houston, four of the biggest names in the music business. Evidently, Patricia is a tiger on stage! 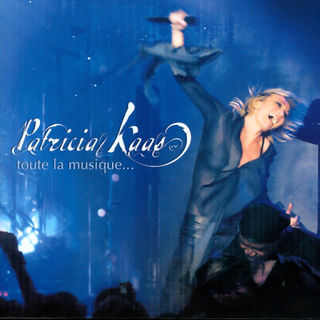 The more I learn about her, the more I admire her spirit and her beauty. When I saw her in “And Now, Ladies and Gentlemen” with Jeremy Irons, the chemistry between them on screen was brilliant and her melodic singing added to the haunting nature of the film. She sings here with scenes from the film. It's better than the trailer.

She’s a pianist, a singer, an actress, and a champion of causes. Her voice is deep, silky, sexy, rough and completely honest. Perhaps you won’t care for her difference from the normal “higher” voices that are popular at the moment, but I appreciate her for exactly that difference.
Il m’a dit que je suis belle (He Told Me I Am Beautiful, written by Jean-Jacques Goldman)